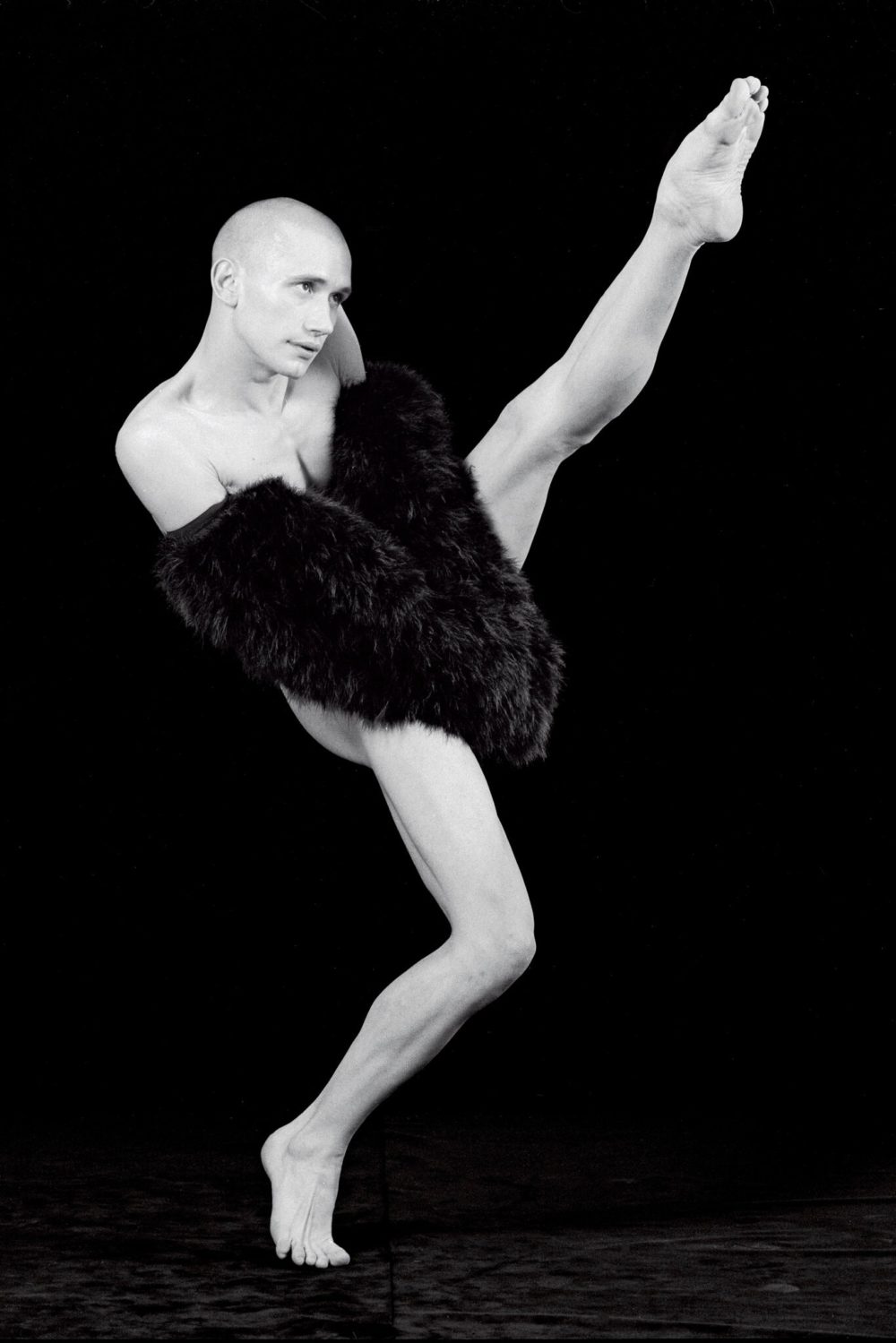 Whet your appetite for Michael Clark . . the brilliantly audacious dancer & choreographer – whose work has been described as an ‘adrenaline shot that sends you away buzzing’ – is currently being celebrated in Cosmic Dancer an exhibition at London’s Barbican. Read the notes, look at the images New York Times review . . AND look forward to it travelling to V&A Dundee in October 2021.

Watch this year’s Andrew Carnegie Lecture presented by University of Edinburgh | Edinburgh College of Art. Artist Sonia Boyce discusses her work Six Acts & the controversy that arose out of a performance that took place at Manchester Art Gallery in 2018, which included the temporary removal of the painting Hylas and the Nymphs (1896) by John William Waterhouse. Watch Gathering a History of Black Women from 2018.

Listen to Klee EP by Sotto Voce. A patnership between Glasgow artists Luke Fowler & Vikki Morton & commissioned by The Modern Institute in collaboration with record label Redstone Press . . ‘The EP considers the relationship between the natural world and technology and references the pedagogical work of artist Paul Klee, who taught a holistic course on drawing at the Bauhaus in the 20’s. Klee drew greatly on shapes, forms and cyclical patterns, studied and observed from nature’.

Listen to Glasgow singer songwriter, Amy Macdonald’s new album The Human Demands. Listen again to her 2007 hit This is the Life.

“When the rug is pulled out from under your feet, you understand at once that you are going to have to be concerned with the floor…” Bruno Latour, Down to Earth: Politics in the New Climatic Regime (2017)

Book The Shape of A Circle In the Mind of A Fish: the Understory of the Understory. Marking World Soil Day, London’s Serpentine hosts a free online two day art & ecology event on soil, earth, land and ground on Sat 5 & Sun 6 December.

Watch artist & film maker, Steve McQueen’s brilliant new series of films, Small Axe. Commissioned by the BBC, they recall the reality of life in Britain & black resilience in London’s West Indian community in the 1970s. Listen to Bob Marley’s song, Small Axe . . . “If you are the big tree, we are the small axe”

DES Suggests . . from earlier this year

Read Luxury and Crisis: Redefining the British Decorative Arts. A brilliant conversation piece coordinated by Iris Moon and produced by British Art Studies, featuring the artist & writer David Batchelor who discusses the quilts made by Arrange Whatever Pieces Come Your Way.

Read Design CAN Manifesto which states . .

We are challenging you to champion underrepresented talent, commission outside the same old networks, and hire for fresh perspectives. At times, you may need to stand aside. Most of all, we want you to listen to those who have been overlooked. Equality is worth fighting for. Find out what you can do. Join the campaign.

Head to Artforum for their Reading Revolution, an online resource & reading list.Follow the data journalist & illustrator, Mona Chalabi, who was raised in the UK and now lives in New York.

Read an article in The New York Times from last year by Ibram X Kendi entitled An Antiracist Reading List. Watch Sitting in Limbo, a new drama from the BBC about the Windrush scandal.

Watch the making of Chris Ofili’s The Caged Bird’s Song, 2017. An extraordinarily beautiful and vast tapestry that blends watercolour with weaving, The Caged Bird’s Song was commissioned by the Clothworkers’ Company and woven at the Dovecot Studios, Edinburgh. Watch Alan Yentob’s BBC documentary on Ofili on YouTube, see the completed work on show at the National Gallery, London & read Adrian Searle’s five star review in The Guardian from 2017.

Head to those hills thanks to the National Library of Scotland‘s compilation of films, selected by moving image curator, Ann Cameron. The line-up includes the brilliant spectacle that is Motoring over Ben Nevis (in the snow) from 1911.

Listen to sound work Master Rock by Glasgow-based writer Maria Fusco. Commissioned by Artangel and first performed & broadcasted in 2015, it is an exploration of Ben Cruachan, a mountain which sits in the southern Highlands and houses within its rocky exterior, Cruachan Power Station. And read Maria’s text on her stay in Sweeney’s Bothy on the Isle of Eigg, one of the Bothy Project‘s off-grid residency spaces.

Watch Makar to Makar a collaboration between the National Theatre of Scotland and national poet, Jackie Kay, who leads a weekly series celebrating music, poetry & conversation.

Take a look at the work of Charlotte Perriand, the great but oft-overlooked French architect & designer. Listen to a symposium on her work held earlier this year at Fondation Louis Vuitton, Paris, as part of Charlotte Perriand: Inventing a New World. Read more about Perriand in The Guardian.

Read the obituary of the textile designer Althea McNish, who recently died at the age of 95 & featured last year on BBC Four’s programme, Whoever Heard of a Black Artist? Britain’s Hidden Art History.

Listen to a discussion on the American writer, Rachel Carson’s Silent Spring on Free Thinking. First published in 1962, the book arguably launched the environmental movement.

Read David Bramwell’s account of Marina Abramovic and Ulay’s long walk along (no walk in the park) the Great Wall of China in The Guardian. Read Decline and Fall, the history of ruins in art by Brian Dillon in Frieze.

Read Remnants ‘How you build A City’, an online newspaper produced by Glasgow curatorial practice, Panel and Voices of Experience, a collaborative project making visible the female presence in the built environment.

Follow design writer Alice Rawsthorn on @alice.rawsthorn. Visit ‘What Design Can To Do’ & read Design in Times of Corona. Read Weaving Magic, on the work of Anni Albers in Tate ETC. Listen to US-based designer Neri Oxman discuss her upcoming show Material Ecology at Museum of Modern Art, New York. Watch Abstract – The Art of Design on Netflix, episodes include Neri Oxman on Bio-Architecture and Cas Holman on Design for Play.