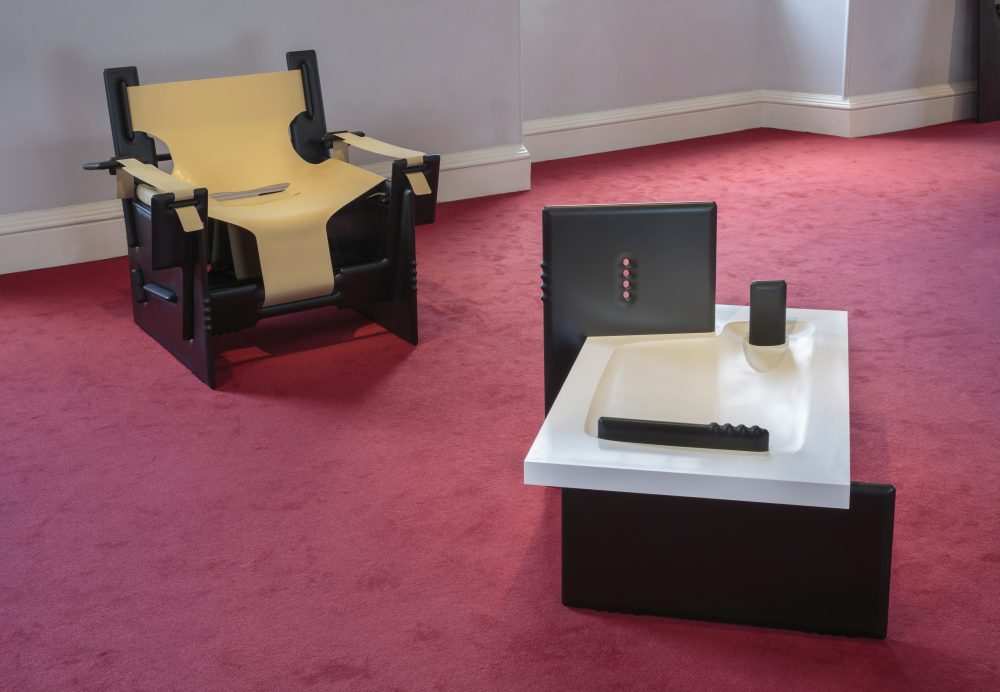 James McLardy presents a further exploratory instalment of In the Grip, a series of new works he first showed at Design Exhibition Scotland 2018.

Using hand-crafted elements combined with bespoke manufactured materials, these new objects are made from lacquered sculpted wooden forms slung together with natural rubber sheeting. The beige-coloured rubber was first developed in the 1950’s by the Italian company, Pirelli, as upholstery webbing for mid-century furniture. McLardy sources the rubber from a small town in Derbyshire, near to where he was born. He has worked closely with the manufacture’s Dellner Woodville to acquire the wide sheets of rubber needed to realise these prototype forms.

McLardy is a sculptor who often works with materials, shapes and forms that our hands are naturally accustomed to holding and touching or tending to. In developing In the Grip, he explores shapes that signal to and direct the function of the body. This is seen in the furrowed grooves that invite the hand to hold and grip; and the cupped, curved depressions which ergonomically trace the negative form of the body.